Tanzania Hunting Safaris offers unforgettable adventures with the finest wildlife in Africa and abounds in a wide variety of animal and birdlife.

Many areas remain virtually untouched by humanity and it is still quite possible to enjoy a traditional tented safari as the famous hunters of old did many years ago. In addition to the world famous mountain Kilimanjaro, the country is noted for its spectacular game parks, scenery and wide variety of game animals found nowhere else in Africa.

Who among us have not wanted to witness the spectacle of the magnificent migration of millions of wildebeest, zebra and antelope as they move southward into the plains of Tanzania! Pierré van Tonder conducts to notch, “fair chase” safaris in many regions of Tanzania. 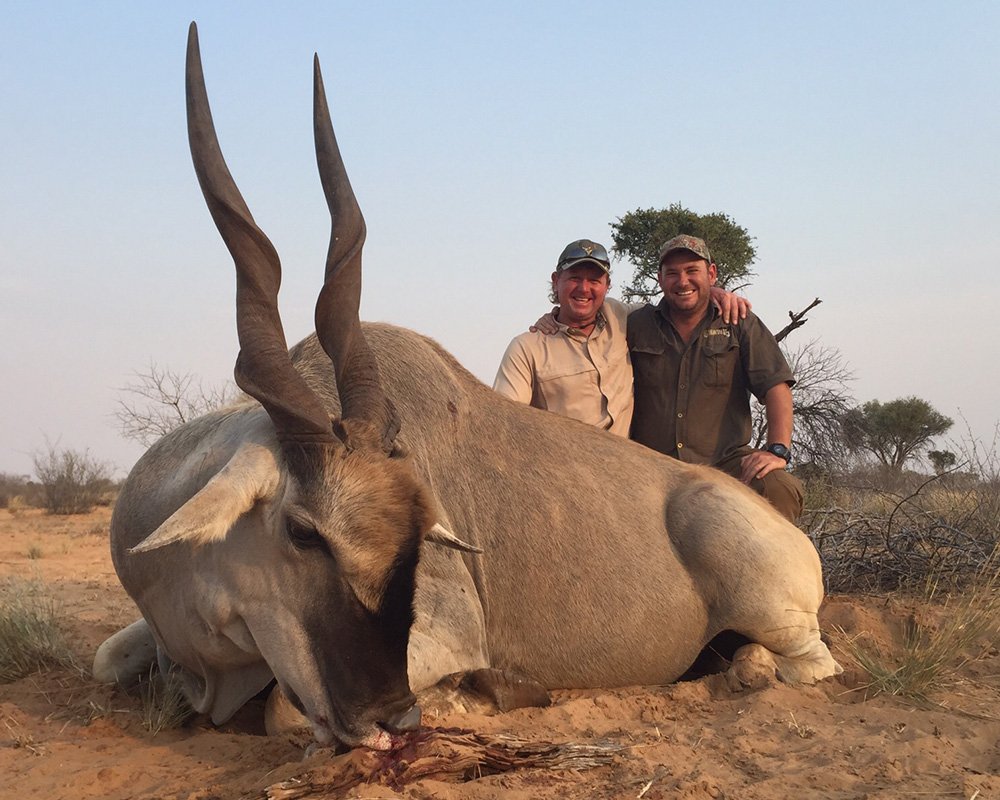 The Selous is located in the southeastern part of the country and consists of nearly 55,000 square kilometres. It is the largest Tanzania Hunting Safaris area if not in all of Africa and is totally uninhabited by either people or livestock.

The Selous is crossed by a number of rivers such as the Rufiji, Ruaha and Kilombero and is noted for its large population of buffalo, lion, leopard, hyena, elephant, crocodile, hippo sable, roan, waterbuck, wildebeest, zebra, hartebeest, bushbuck and a wide variety of other antelope.

The vegetation is mainly miombo and mopane bush with dense thickets, open plains and a wide variety of large trees and thick bush along with the riverine areas. It is perhaps the most scenic of all the hunting areas in the country.

We enjoy hunting with Pierré van Tonder and his team. They have great areas and great concessions.

Want to know more about our hunting packages in Tanzania?